Amy Walter, David Brooks & Mark Shields preview Hillary Clinton’s history-making acceptance speech at the DNC as the first woman to be nominated for President by a major political party. 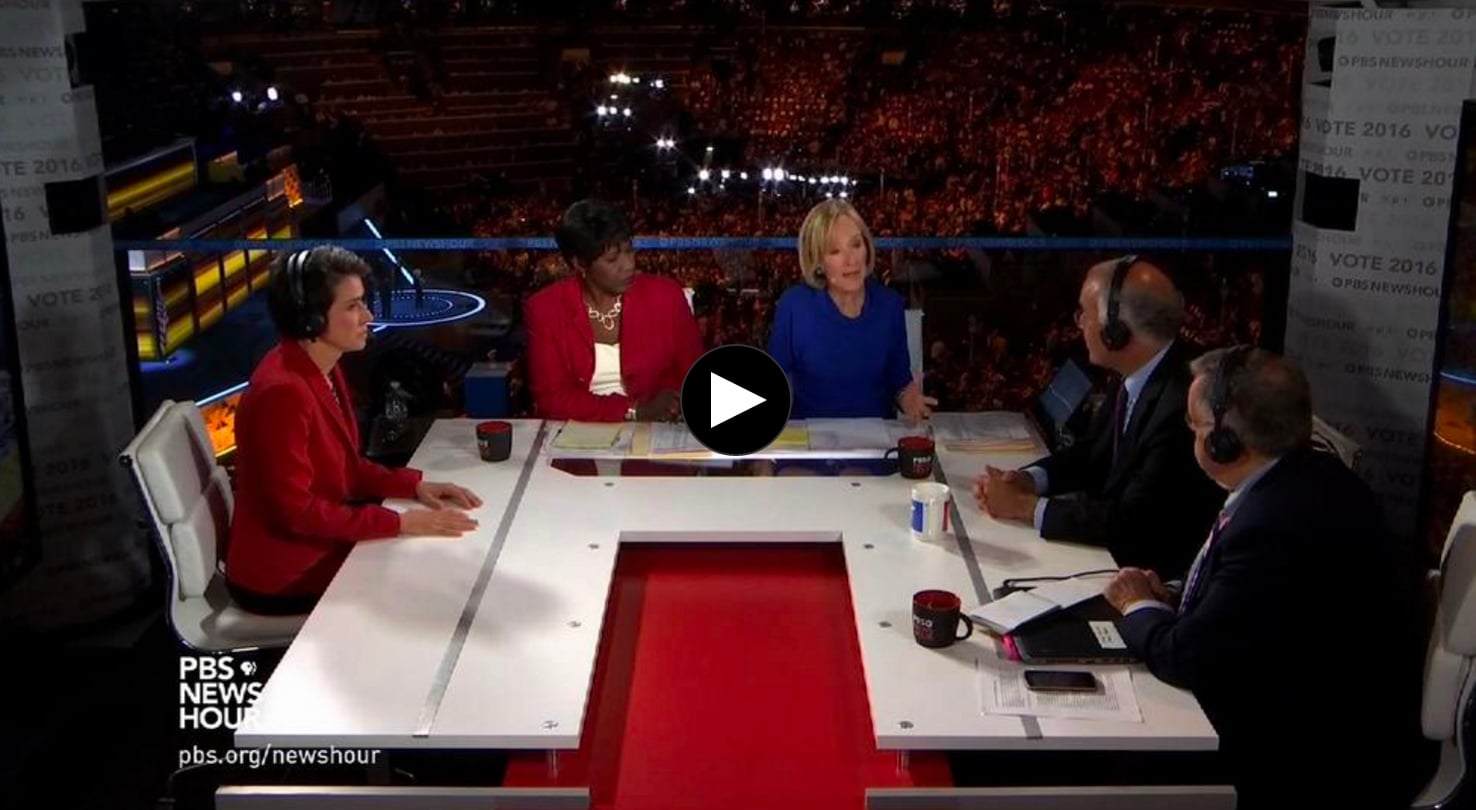 Amy Walter of the Cook Political Report notes the challenge Hillary Clinton faces to be a candidate of the status quo and as an agent of change. This fall she will be working hard to appeal to Obama enthusiasts, while also attempting to win over blue collar voters and disaffected Republicans. Hosts Gwen Ifill and Judy Woodruff moderate a PBS NewsHour convention discussion on the task ahead for Clinton with New York Times columnist David Brooks, syndicated columnist Mark Shields and Amy Walter of The Cook Political Report.